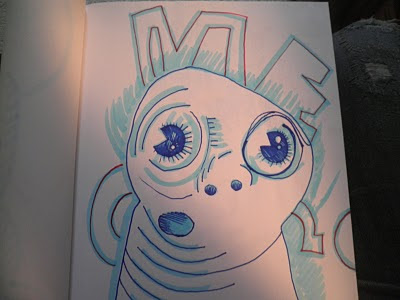 I felt along the lines of the insane.
And I don't know why I say I felt because I still feel it.
But I distance the lines and I get the feeling that they are further from each other than possible.
The treble kick and the feeble sick,
the weather rip and the feather tip.
I do not know.
But maybe they're all inter related and I just don't see it.
And I don't see why.
Maybe the honeybee and the ant are working together and I'm falling over myself trying not to fathom the truth.
That I could never be the same again?
It's a possibility.
That I couldn't work with who I was?
It's possible, somewhere along the line.
Posted by Dirty Consumer at 9:00 AM