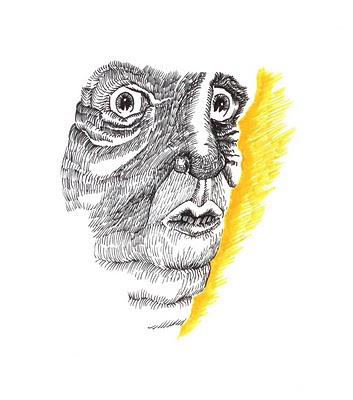 Sing It, Bluesman! Or Don't. Just Be Drunk Instead. 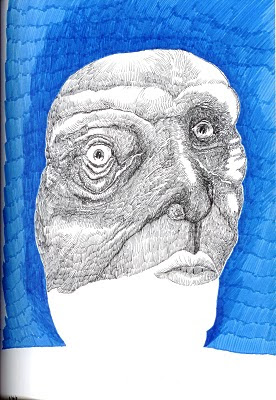 Let us all rejoice for our heads are bulbous and our souls are treacherous. We do not steal from the gold pit, we mitigate it's sadness. We leave behind a stench of decadence like a cloak of happiness for those without. We look upon the derelict house we once were told was our home and slip upon the ice to crack open our tiny childish dreams. We treat our weariness with gray liquid, sullied, staunch, and sanguine. A complexion of rouge blooms under our cheerfully flat eyes: we are complacent and we toy with ideas of grandeur. We, at one point, let our hands lose grip of our passports, our mainline, our poor, poor dayjobs. We, at some point, saw the ship approach to take our love away. We, at no point, lose the will to take matters into our own hands. We are together in this because we have no more to be sorrowful for. For sorrow beholds that which is empty. Like a ragdoll. Or a pin cushion. For we laugh upon sorrow's rapturous journey through our lives. We look straight into the soothsayer's eyes and declaim, "Low and behold! The drunken taxi driver keels over, perilous and dry, finally bringing us to our final destination!" We do not cry tears in the booze. We cry like the orphan who spies the lurid details of a lonely man losing his virginity. We cry out in agony and lust. We cry for the dreadnought who surpasses our very desires. We pain ourselves to seek that which won't be made clear: if it were just the future than it would soon be the past. So let us rejoice. For the future is always there. To be taken like a pinprick.
Posted by Dirty Consumer at 9:00 AM No comments:

Not So Silly Walking. 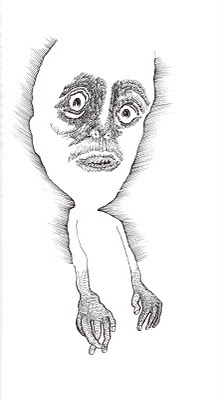 Straight up and down his hands are restless, jittery, even. He looks at those old worn planks rotting along the river: Am I older than them? Will I last as long as them? They are the skeletons of a forgotten industry. Steamboat apparitions left to worry about all the cargo they once serviced. The river laps against them taking a bit of themselves with each lull of water. His own utility now looks futile. He wants to tell the clock on the wall to shut up. I'm not here to rest! I'm keeping this fusion of life and despair alive! Like an encumbered log taking in the restless sea, no, like a tiny splinter of wood already taken from the tree, he is looking foward to a future uncertain. These are the days of the snapshot of archaic lanterns. They cast a dim light upon an age of backbreaking work, coal streaked on cheek, miscarraige left ungrieved. The age of toiling away without a thought. The mind wasn't so pristine as to wonder what it was then. It wasn't there for itself. It lifted hands for the shovel. It tore blisters from an axe. It stole years with a pick. Now his kind has all of time on their hands. To while away with thoughts bouncing, sending terrifying echoes of self fulfilling mortality. He is of the age of self awareness, lack of industry, tourism, the sights, leisure, entropic delight. Your checkout time is 10am and there is no extra charge for the forthcoming uncertainty.
Posted by Dirty Consumer at 9:00 AM No comments: 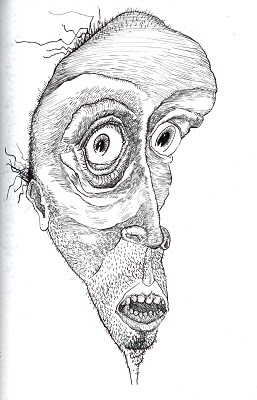 Frightened by his own sentimental mind he drops everything he has with mouth agape. Looking out of tearstained eyes at dazzling island melodies, sun sharpened knives of light and color tear through the palm fronds sheltering the temperate dreams trembling in his skull. The tropical climate makes him mad. Those around him play cards, tend yards, bleat "howdy 'pard." He's caught in a lowly intermission of thought: Nothing keeps this sun alive except salt water drunks. Snapping back to the parasol of reality, he wonders what he's been doing here in the middle of the ocean calm on drugs and edgy with panic. He's even further on his way to an even further panic. A further destination. Condensed experience melts down into wisdom, he tells himself, and the conveyor belt of mundane dribble he's been working on for years won't abide any character development. "This won't change a thing, these worldy pursuits." says the tired midget starved with chicken wing dangling inches from mouth. The midget that inhabits his soul. The little guy so warm inside with self doubt. So he was here to make amends with the lifeless existence he'd been living. He was here to wonder aloud, with strangers staring, what all those glistening babies that were his cherished memories had grown up to be. They may be drunk rumbling castaways tearing apart fabric with mangled cogs of hands; society reeling for an answer for this madness. They may be tight little curls on a young, affluent women's hair style; bobbing as more money changes hands. They may be burning an effigy cast alight for fear of losing the keys that once entered upon sanity. They may have never even been born, those trembles: to think, I've done nothing but sit here for the bite of worrisome thought. I've done nothing but hold out my hand, asking for change. The sun beats him down, his face is withered paper, his hands are kids gloves. The salt licks up and down his legs, leaving a floe of silt like purposeful snow banks upon an ancient river. Frozen, or wishing to be, he doesn't want this equatorial climate taking his moments for a malarial ride much longer. Deciduous thoughts are raining down on him like tattered leaves from a long gone elm in November. He faces towards the bottom of the world and he gasps.
Posted by Dirty Consumer at 12:23 AM 1 comment: