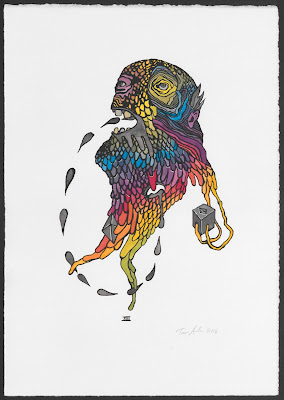 I try to walk diagonally
and hope for sciatica leave.
Get me up and out of here
stop eating this circular tear.
The step echoes wrong.
This world sung as requiem.
There was a shooting
in an online article.
There was a shooting
star hung from a sickle.
I attempt to be constructive
with my agency gone in a fifth.
Solipsism the everlasting prison.
Internal Sim City such elastic fun.
Thinking:
How to apply the unthought...
as much gone awry as held taut...
So I figure no more oh wells
it fills a bottomless well as far as I can tell. 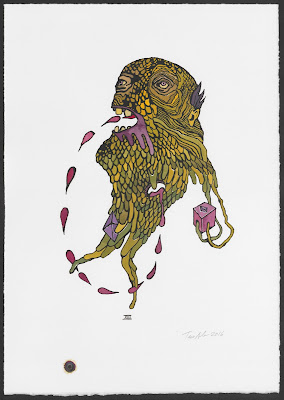 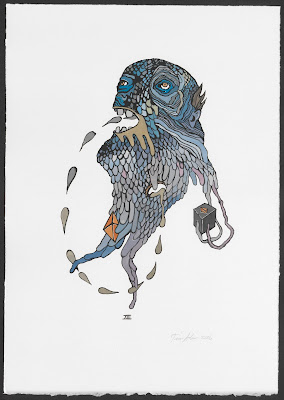 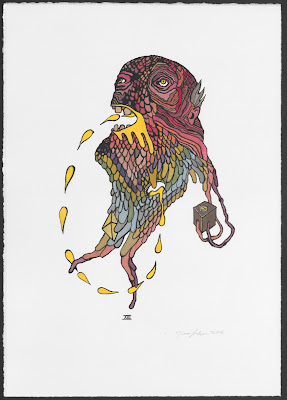 Posted by Dirty Consumer at 6:25 AM No comments:

Such a Good, Cloudy Day. 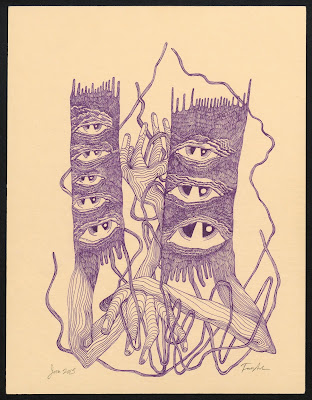 As the sides tangle with one other
my eye twitches with the other one;
such a surprise,
they convulse together.
The followers don't always make up the cult.
The cell may oppose the body.
The opposite is true of course:
The lifer screaming to be free of a locked room.
Always the same dilemma,
you get better at the expanse
between your head and your feet
while your current optimism
of the current within
positively drives you to discomfort.
Continuing a compulsion
in order to discontinue progress
towards all those intrusions swarming
around your heart like bees.
Cheers.
Good thoughts are scarce.
They bear through with honey,
they carelessly dispel with sting.
All them fuckers that fight
with one another within your chest.
Oh well,
we are a billion different cells.
We are more space than matter.
Each room inside us
contains a singularity.
Yet the reverb from yelling
escapes to join the multitude of vibrations
to coalesce into something undivided.
In harmony, some days,
in others, dissonant.
It is nice to know it can be sunny
despite the joy of being overcast.
Posted by Dirty Consumer at 9:00 AM No comments: 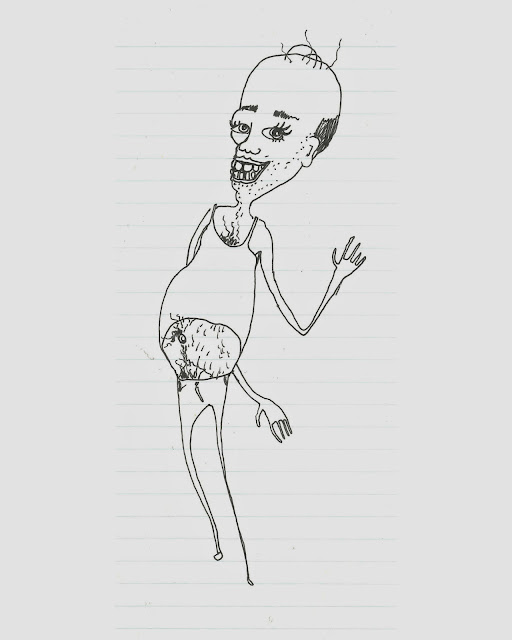 Remember when you surprised yourself,
within the dawn of adulthood,
while the minutes barreled into decades.
You sat before the bloom of neon cigarettes
held within a faux gold kitsch from a previous era:
a pen to untie a knot of lines,
a crumpled piece of paper relaxing into a creature.
Drugs were floating around
and you wore sunglasses at night.
The barrel of the pen loaded with ink.
The white of the paper a blindfold.
Pulling the trigger, lines splashed out
and the blood organized itself.
It was a wonderful thing.
An awkward and extravagant gentleman
with obvious tension.
His bald beauty.
His odd lashes.
His temperamental gesture.
His creaturely vanity.
His reaching around your waist.
You were enamored, amazed,
taken by surprise.
He told you that your teeth wouldn't be ground down.
He told you that your eyes wouldn't be painted over.
Any number of things:
they were nice departures.
You followed him around for a decade.
An ink blot keeping that tint rosy.
Posted by Dirty Consumer at 9:00 AM No comments: