Order for Do Not Resuscitate. 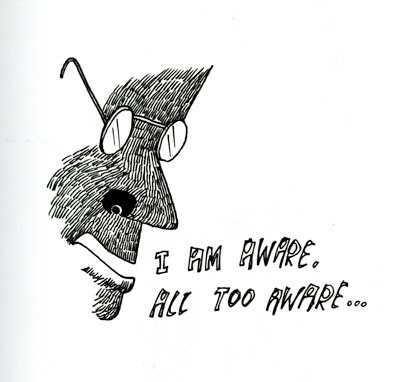 ...that this world is falling apart. Once I saw the thirteenth advertisement for a plea to "raise your voice without saying a thing," I realized my spectacles had long since been tinted a dead gray. I'm looking out upon a child swinging his arms in the air like a mad beast laden with woe. He screams, "I am a blackberry phenomenon and I love the way the Walton's give me LOW LOW OPTIONS!!!" We are inside of one another fighting for a way out. I met a gypsy cyberpunk who told me of his days flinging oversized computers into the Pacific. It was the only way he could hack into the system. I suggested he take his chip out and cleanse it in the waters of solitude. He sneered at me with obvious glee: "I won't be taken for a ride by an acid reflux disease of the mind." With the world gone will the information junkie fold? Like a wasted paper bag will he flutter in the breeze, caught up in all of our past misgivings? The hard drive is the long drive and we've been on this drive for a long, hard time. It's all about to give up one of these milliseconds. Keep your eyes peeled for the shapes shadowed on the wall. When they begin to vibrate incongruously I'll be there to unplug you.
Posted by Dirty Consumer at 12:00 PM